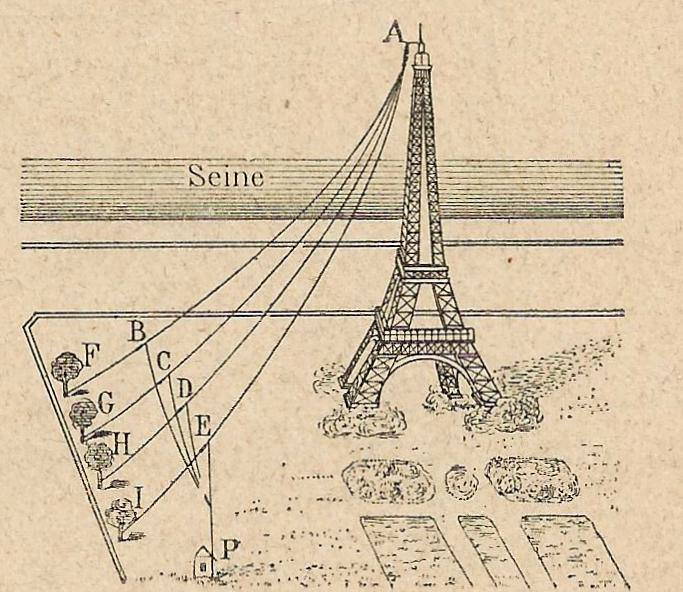 During the second half of the 19th century, a world-wide web of longitude measurements was constructed using cable telegraphy. The telegraph had allowed, for the first time, the precise establishment of simultaneity at two far-distant observatories, so that their local times could be compared and their difference in longitude deduced.  Nonetheless, because of its piecemeal construction over decades using all sorts of different apparatus, this web of longitude was known to be imperfectly accurate.

In the early years of the 20th century the innovation of wireless offered a new and potentially better method of establishing simultaneity, by receipt of a single wireless signal at different locations. These new wireless techniques came to dominate precision longitude measurement, not being superseded until the use of satellites in the 1980s. The Bureau des longitudes continued to play an important role. The leading French figure in the use of wireless for military and scientific purposes during the first three decades of the 20th century was Général Gustave Ferrié (1868-1932, and a correspondent member of the Bureau from 1911). It was he who had in 1899 been the French observer of first cross-channel transmissions by Guglielmo Marconi (1874-1937), and he who identified the then-redundant Eiffel Tower as the ideal support for the long aerials needed for wireless transmission (Figure 1). With the participation of the Bureau des longitudes, successful experiments to measure longitude by wireless were made from 1910 to 1914 : from Paris to Brest, Bizerte, Brussels, and even as far as Washington. But Ferrié’s further plans were brought to a halt by the outbreak of war.

He was able to improve and revive those plans soon after the Armistice, and a typewritten memorandum entitled Determination d’un Reseau Mondial de Longitudes was presented at the séance of the Bureau des longitudes on 5th March, 1919 (Figure 2). His proposal was that the relative longitude of three observatories in the northern hemisphere, forming a triangle to which other locations could later be linked, be determined with the utmost precision by wireless. The three points, with meridians roughly 8 hours in time apart, were Paris, Shanghai (a French settlement) and San Francisco.  A further station at the antipode of France, in New Zealand, and a connection to the Greenwich meridian were also suggested. The crucial test of the operation would be the error of closure of the primary triangle, whose total difference of longitude should be exactly 24 hours.

A critical part of these measurements was that sufficiently powerful transmitters should be available for their signals to be received clearly and simultaneously at two observatories many thousands of kilometres apart. It was the rapid progress in wireless techniques during the war that had made this possible, most clearly evidenced in France. Following the American entry into the war a new transmitter was built at Bordeaux, with a great deal of American help (Figure 3). This huge transmitter with a power of 1 megawatt, needing access to local hydroelectric generation and with an aerial composed of eight 250 metre towers, was the most powerful in the world. It was built to communicate reliably across the Atlantic in conjunction with another transmitter in Maryland. Transmissions could now reach half way across the globe. 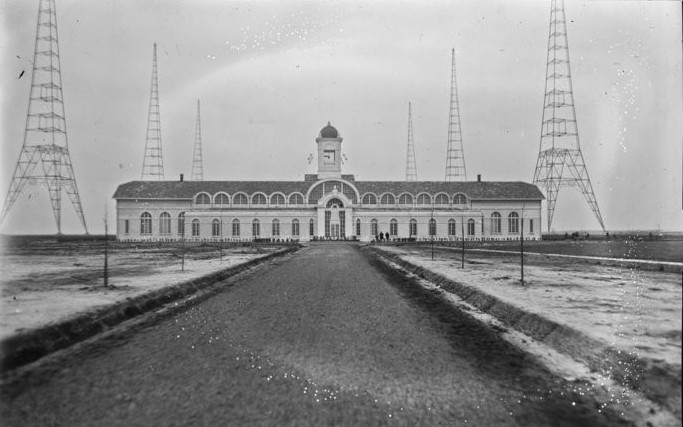 Figure 3 : The Bordeaux transmitter building and six of its aerial towers. It was named Lafayette, after the French Marquis who fought alongside America in the revolutionary war. Construction having started in 1918, it was inaugurated in 1920 and destroyed during the Second World War. (Source : BnF)

Although the technology was ready, Ferrié still had to wait a while. That was because of the complex architecture of post-war science : two newly-established bodies, the International Astronomical Union and the International Union of Geodesy and Geophysics were both interested in the project, and established a joint commission chaired by Ferrié. There followed lengthy technical debates, and much refinement of the project, so it took some years to obtain final approval. But it was finally executed in 1926, and was considered a great success : the closing error of the primary triangle was two-thousandths of a second in time (or less than one metre, expressed in distance). And this ‘First World Longitude Operation’ was followed by two more, in 1933 and 1958. Whilst the later operations became more international and less French in character, the fundamental techniques were unchanged. Such continuity emphasises the historical importance of Ferrié’s memorandum to the Bureau des longitudes in 1919 : with it, he defined the techniques of precision longitude determination for the entire wireless era.