The Leiden Observatory and the Bureau des longitudes, c.1860-1900 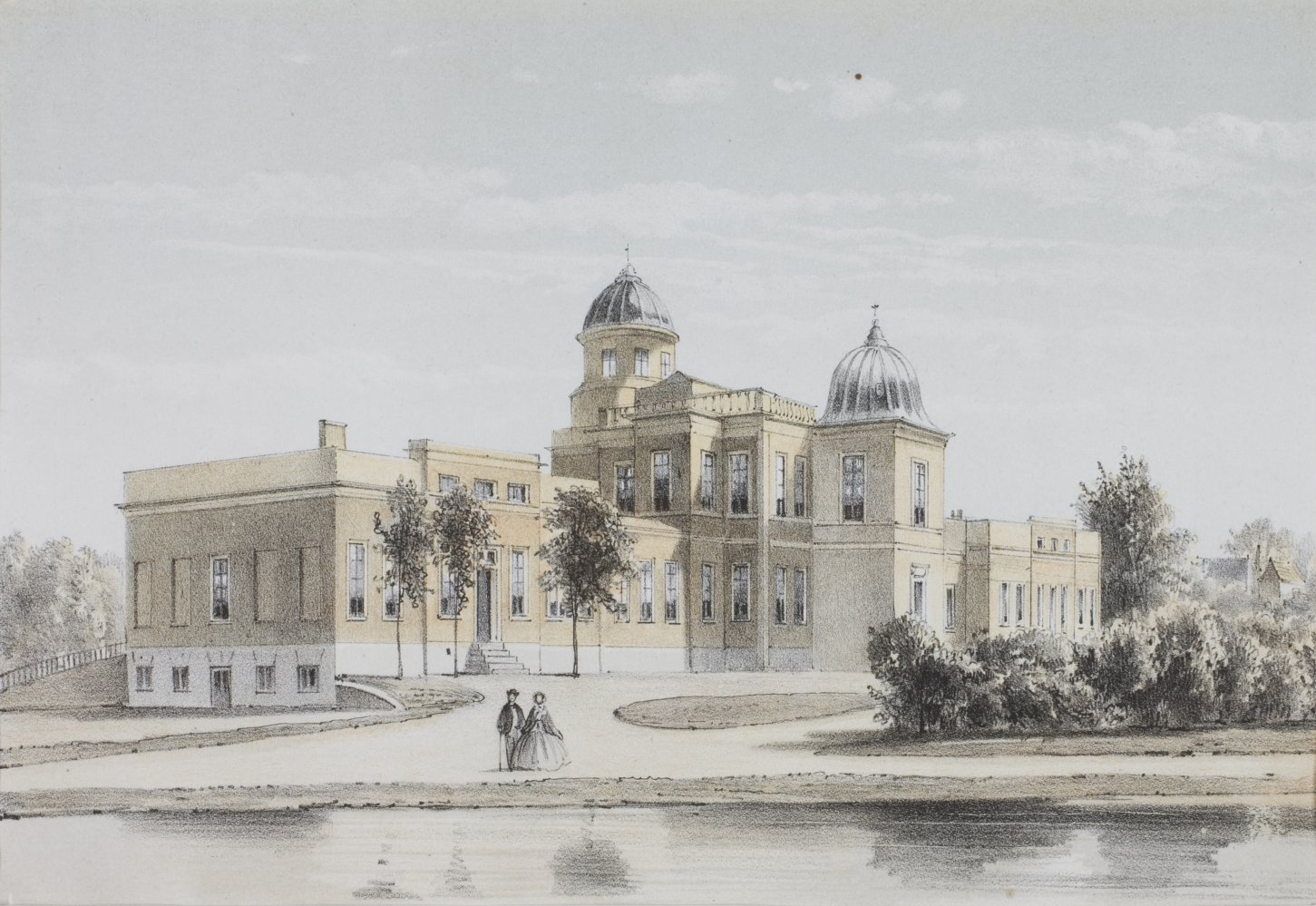 One of the foreign scientists appointed as correspondant of the Bureau des longitudes at the end of the nineteenth century was the director of the observatory of the University of Leiden in the Netherlands, Hendrik Gerard van de Sande Bakhuyzen (1838-1923). Van de Sande Bakhuyzen’s appointment in 1894 was the climax of growing contacts between Leiden and Paris, which began under Van de Sande’s predecessor, Frederik Kaiser (1808-1872).

Kaiser was the founder of modern astronomy in Leiden. During his tenure as professor of astronomy at Leiden University between 1840 and 1872 he did not only manage to make the subject popular among a wider audience and to become an authoritative voice in the field of navigation technology (especially after his appointment as verifier of instruments of the Dutch Navy in 1857), but he also succeeded in obtaining state funding for the building of a new, well-equipped observatory, completed in 1860, where he developed his own research program focused on the exact determination of stellar positions. Initially, Kaiser and his staff communicated most of their findings via the Altona-based Astronomische Nachrichten, but thanks to the allocation of an additional state subsidy in 1867 he was able to start the publication of his own series, the Annalen der Sternwarte in Leiden. The first issue of the Annalen saw the light in 1868. Many volumes appeared thereafter, although the rate of publication slowed down markedly from the mid-1870s.

Aside from serving as a convenient outlet for the work of the Leiden observatory itself, the Annalen became an important means of communication and network building with other scientific institutes in the world. Copies of the publication were distributed widely. Kaiser used the Annalen to establish a connection with the Bureau des longitudes, too. While the minutes of the Bureau up to 1868 mention Kaiser’s name only a few times as the author of a publication in the Astronomische Nachrichten or some other scholarly journal, the entry of December 2, 1868, explicitly records the receipt of a copy of the first issue of the Annalen, sent by Kaiser himself. The receipt of number two and three, on September 13, 1871 and February 26, 1873, was duly registered as well.

The sender of the third issue (whose name in the transcript of the minutes is given as ‘illisible’) was presumably Van de Sande Bakhuyzen, who succeeded Kaiser as professor of astronomy and director of the observatory in Leiden in 1872. Bakhuyzen had been one of Kaiser’s star pupils, but he had at first chosen to pursue a career outside Leiden after his patron’s efforts to secure a paid position for him at the Observatory had failed. Under Bakhuyzen’s directorship, which lasted until 1908, the emphasis of the research program at the Observatory continued to be on the precise measurements of the positions of stars. In the footsteps of Kaiser, Bakhuyzen moreover worked tirelessly to raise the institute’s international profile. He coordinated the Dutch efforts in observations of the transit of Venus in 1874 (including an expedition to Reunion), he hosted the first meeting of the Astronomische Gesellschaft outside the German-speaking countries in Leiden in 1875, he took part in the international conferences of the Paris-based Carte du Ciel-project from 1887 and he became secretaire perpétuel of the International Geodetic Association in 1900, having served as chair of the Dutch National Geodetic Committee from 1882 onwards. 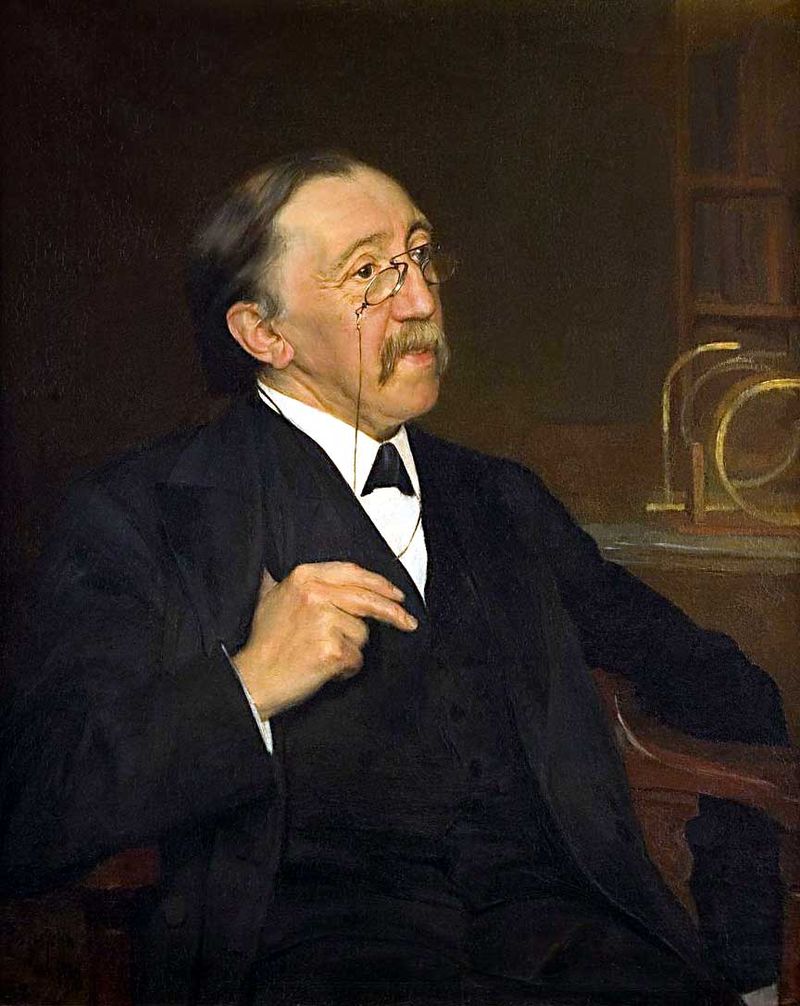 As the international network of Bakhuyzen grew, so did his correspondence with scientists and instrument-makers in France, including correspondents and members of the Bureau des longitudes. The archives of the Leiden Observatory (kept in the University Library in Leiden) show that he entered into correspondence with Admiral Ernest Mouchez in 1879, the Henry brothers in 1888 and Félix Tisserand in 1890. Mouchez became a member of the Bureau in 1873 as representative of the Département de la Marine, Tisserand was appointed as a correspondent in 1875 and was elected to occupy one of the seats destined for astronomers in 1878.

The scientist associated with the Bureau with whom Bakhuyzen collaborated most closely was lieutenant-colonel Léon Bassot of the Geographical Survey of the French Army, who became correspondent of the Bureau in 1875 and member at the seat destined for geographers in 1897. No less than 64 letters sent to and from between Bakhuyzen and Bassot in the years 1884-1889 can be found in the archive of the Dutch National Geodetic Committee, which forms part of the archives of the Leiden Observatory. All of these had to do with a joint project of the Leiden Observatory and the Geographical Survey started in 1884: the determination of the difference of longitude between Leiden and Paris. Bakhuyzen and Bassot conducted all of the observations themselves, each of them both in Leiden and in Paris. The results and procedures were expounded in a joint publication, Détermination de la différence de longitude entre Leyde et Paris, which appeared in Paris in 1889. Bakhuyzen was also a member of Astronomischen Gesellschaft zu Leipzig and the International Association of Geodesy and he collaborated with the Carte du Ciel-project initiated in 1887. From 1888 to 1900, he was president of the Royal Netherlands Academy of Arts and Sciences.