THE HISTORY OF THE BUREAU DES LONGITUDES

Home > Sources > THE HISTORY OF THE BUREAU DES LONGITUDES

THE HISTORY OF THE BUREAU DES LONGITUDES by GUILLAUME BIGOURDAN

The project of digitizing of the minutes of the weekly meetings of the Bureau des Longitudes (1795-1932) was carried out from 2014 to 2016 in partnership with the Bureau des Longitudes, the Observatoire de Paris and the Université de Lorraine (Archives Henri Poincaré) and thanks to the financing of the Digital Scientific Library (BSN5). This project had two goals: the preservation of this unique corpus of archives and the availability to researchers and the general public of this, so far, insufficiently used resource, which is of great scientific and historical interest.

The 2016 ANR project entitled "Le Bureau des longitudes 1795-1932. De la Révolution française à la Troisième République" (coordinated by Dr Martina Schiavon, UL), which followed the digitizing project, started in 2017. The objective of the project was to undertake an exhaustive study of the Bureau, especially of its history (see the blog https://histbdl.hypotheses.org/16); which would be based on the digitized minutes and more generally on any available source related to the history of the Bureau. While carrying out this project, we have considered that the use of the information contained in the minutes would be considerably improved by the knowledge of accurate historical elements regarding this Bureau, which should be made available to users.

The following pages include the entire text of G. Bigourdan, i.e. the texts of the six successive notices without any change or addition, in a form that is easy to use either in digital or printed format.

To achieve the completion of this document, we have been able to access the whole text of Guillaume Bigourdan’s notices which had been typed in on diskettes in 1994 by Yvon de Kergrohen, who was then administrative secretary of the Bureau, in the framework of a work led by Jean Chapront (1939-2019), who was Corresponding Member of the Bureau des Longitudes and former Director of the Service des calculs et de Mécanique céleste of the Bureau. The diskettes were fortunately found in 2014 during a move at the Bureau des Longitudes premises and were used to retrieve the text which was converted into a format compatible with existing software. The text was then thouroughly revised and corrected by several members of the ANR Steering Committee. Finally, Julien Muller adapted the text for on-line publication and inserted the figures/graphs/pictures.


Please click on this link to get the full text in PDF format: 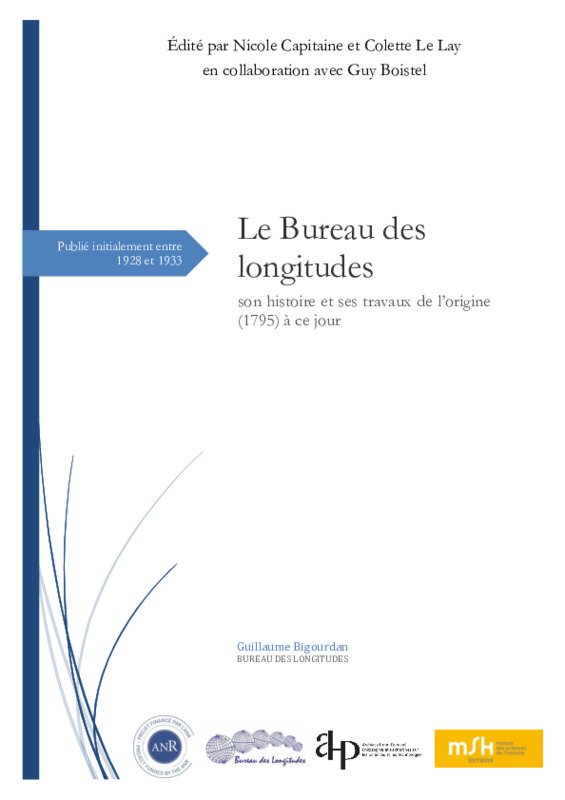 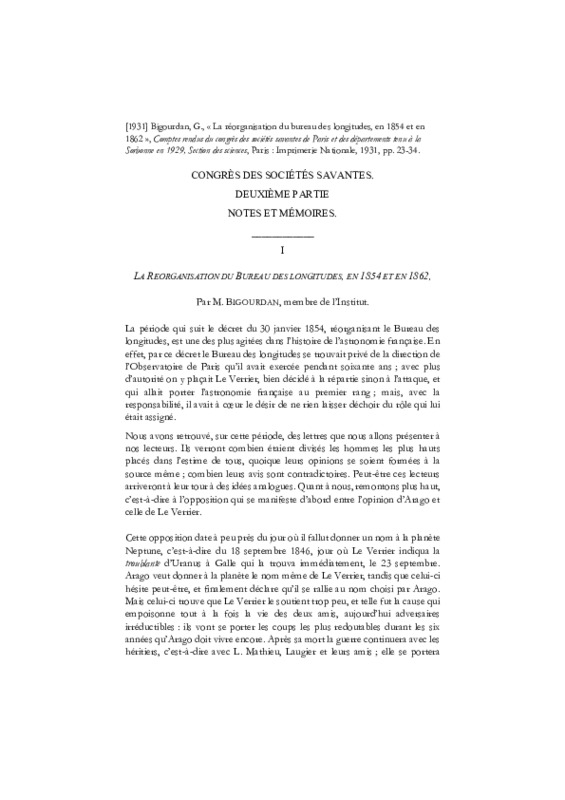